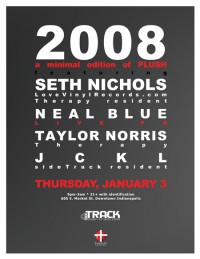 21+ with ID
Tweet
Start off the new year with some great minimal techno and minimal house music, with a live PA by Neal Blue!