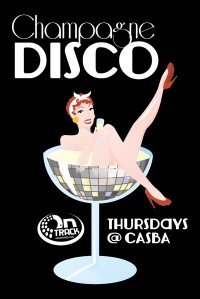 Jared Curry is a resident at Talbott Street Nightclub, where once a month he plays hours of house music to a crowded dancefloor.