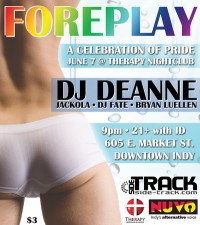 FOREPLAY - A Celebration of Pride