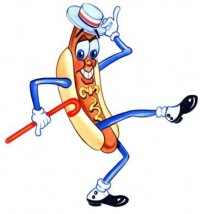 MATT PORTER
Indianapolis, IN
For almost 15 years now Matt has been DJing and helping out the underground electronic music scene in various ways. He started by helping to create a magazine named Stellar Awareness and then a few years later he opened a clothing and record store in Indianapolis, Indiana named Univibe. Over the years he has also helped throw many electronic music events. The largest one was named YesFest and was held in Southern Indiana back in 2000. Here now in 2011, his focus is back to his true love, DJing. His music is rooted in house, but his sets contain a mix of anything with a heavy bassline. This consists of a lot of electro house, mixed a little dubstep and breaks, and some old school speed garage. When you come to see Matt Porter be prepared to dance, cause he loves to see the crowd moving.
http://www.facebook.com/djmattporter1

INHOUSE DJs TAG TEAM
Who knows who you'll see on the decks when the INHOUSE DJs Tag Team is on the bill. Expect at least a few of your favorites to throw down during this extended set of house beats: DJ Deanne, Steady B, Jackola, Chachi, DJ Fate, Matt Porter, Rudy Kizer, and Brandon Patr!k.
http://www.facebook.com/INHouseMusic

HOT DOGS served up by METRO!