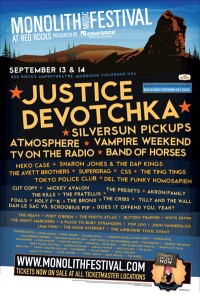 21+ with ID
Tweet
sideTrack's Jackola will spin at the VIP after hours party at Red Rocks Amphitheatre at 11pm!