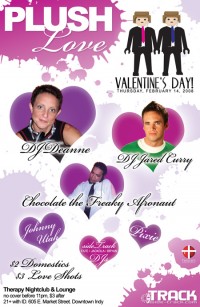 More Details TBA. This will be the best Valentines Party in Indy!

Jared Curry is a resident at Talbott Street Nightclub, where once a month he plays hours of house music to a crowded dancefloor.