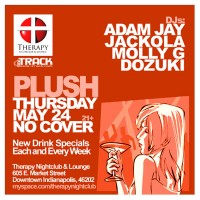 Myspace
Adam Jay is the production manager and a resident DJ at Therapy Nightclub in Indianapolis. He's known around the world for his techno productions and his DJing skills.